Aspire Ability engaged with a large  organization that was facing a talent crunch in data analytics and data science. Their stated objective was to hire dozens more “machine learning engineers” to add to their already sizable team. As one leader in the organization put it, they didn’t care about “soft skills.” They just wanted people who could write and implement algorithms.

They realized, however, that they weren’t as clear as they wanted to be about the specific competencies they needed in these roles. Aspire Ability’s role in the process was to identify and articulate these competencies before they began trying to fill their newly created vacancies.

Like many companies in the same position, this organization faced two additional challenges: (1) there was substantial demand for people with these skills in their geographic region, making it difficult to be specific and particular about prospects’ skill sets, and (2) they were having difficulty keeping the people they did hire, particularly their most talented, senior people. 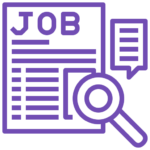 Our FIRST STEP was to learn more about the roles in question: How many people were in each role? How many are hired on a monthly, quarterly, and annual basis? What current recruiting practices were used with what rates of success? 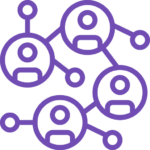 SECOND, we evaluated the roles in their organizational context, e.g., what was the team structure, were people in the same role colocated, were there levels in the roles, etc. 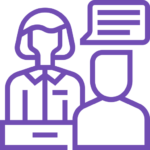 THIRD, we conducted interviews, reviewed current job descriptions, role KPIs and KSAs (if available) and factored in both organizational expectations and industry standards to craft a draft competency map. 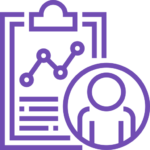 NEXT, we surveyed current incumbents in the roles, their peers, managers, and key stakeholders to evaluate, calibrate, and critique the draft competency map.. 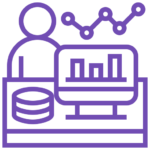 Our FIFTH STEP in the process was to thoroughly evaluate our survey data and share, probe, and validate our findings with key stakeholders in a series of focus groups. 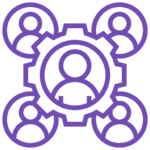 FINALLY, we synthesized all of the data and feedback to create “Version 1.0” of competency maps for the targeted roles. We presented our findings to the sponsors and HR stakeholders and made recommendations.

Based on our analyses, we drew three key conclusions about the talent context of this organization:

Accordingly, we recommended that the organization begin implementing more rigorous competency-based evaluations of internal and external job candidates as well as incumbents in their data analytics roles. We also recommended using these processes to build out a more diverse, competency-optimized team.

Associates aspiring to more advanced positions lacked a clear understanding of the competencies of the targeted position and where they stood relative to qualifying for it.

Dr. Mott led the internal Learning & Development team in the creation of  an internal, “corporate university” (CU). The foundation of CU was a set of valid competency maps and assessments for all customer-facing roles in call center population. Core operational elements of RDU were:

Based on accurate competency profiles for each Associate, managers and the L&D team developed personalized development plans to help each Associate rapidly close their competency gaps in their current roles.

When a customer call was handled incorrectly, data was available to managers to dig in with individual associates and diagnose the cause(s) of the mistake (and take corrective action). Re-training of the entire population was unnecessary.